Have you ever used CopyTrans Manager? If you didn’t already know, it’s a premium software primarily used for backing up and restoring your data library (for both your mobile devices and iTunes library.) It’s definitely one of the most well-known tools for this, but there are a bunch of alternatives now available in the market — 7 of which we’re going to be introducing you to in detail. So, make sure to read till the very end if you’re looking for a good alternative to the dependable, but admittedly outdated, CopyTrans Manager software!

Part 1. What is CopyTrans Manager

The first thing that we’re going to be talking about, is how you can use CopyTrans Manager. Now, as mentioned, this is primarily used for its backup and restore capabilities. However, it does offer a bunch of other transfer options for managing your device’s music library. The only catch is, you can only really backup 100 unique data files for free. So, if you have a big media library, you’ll need to pay for the premium version in order to use it.

How Does CopyTrans Manager Work

Of course, to start, you’re going to need to have CopyTrans downloaded and installed on your PC. When you do that, launch the program and the window below should appear (refer to the image below.) To start, click the Start button. 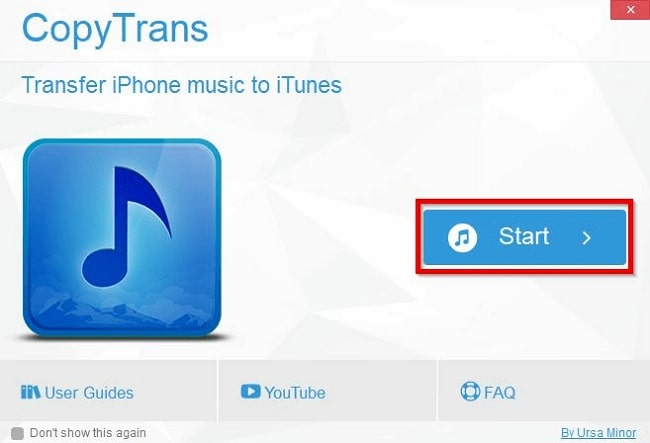 We’re going to go with the smart backup option (which is faster and more intuitive), this should be the default option, and you can begin the backup by clicking the orange Start Backup button at the top left-hand corner of the screen.

Tip: In order to begin backup, you’ll need to have a device connected to your PC. 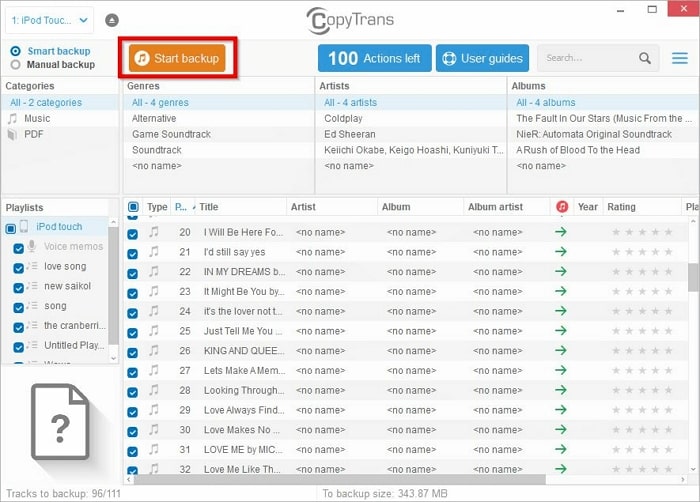 Next, CopyTrans will begin backing up your files. A progress window will pop-up so that you can view your progress (shown below.) This should only take a couple of minutes — depending on how much files you need to back up. 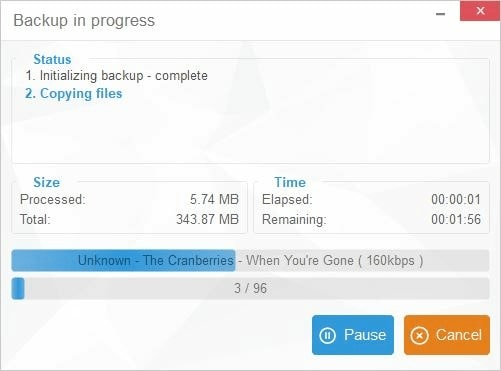 When the backup is done, it will automatically save to your iTunes’ default folder. To locate it, you’ll need to go to: This PC > Music > iTunes 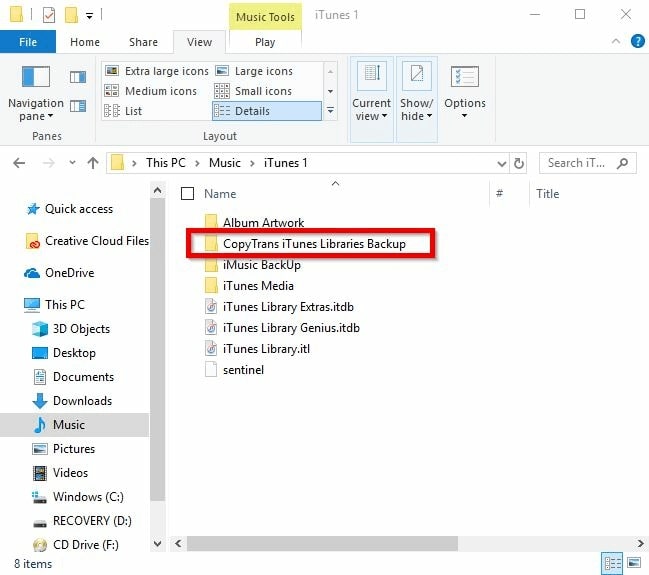 For our first CopyTrans manager alternative, we have iMusic. Unlike CopyTrans, iMusic is not just for backing up and restoring your device’s media library. It does a bunch of other things too. Like downloading music from YouTube (and other websites), editing ID3 tags, syncing music from your iOS phone to your iTunes library, and so much more. We have an in-depth list of its main features below. And, of course, just like with the CopyTrans tutorial, we’re going to be using it to teach you how you can back up your media library.

We mentioned the toolbox feature above, but we’re going to be diving into it deeper in this tutorial because this is where you can find iMusic’s backup/restore feature.To use it, go to Toolbox [1] and then select the Backup/Restore iTunes option [2.] 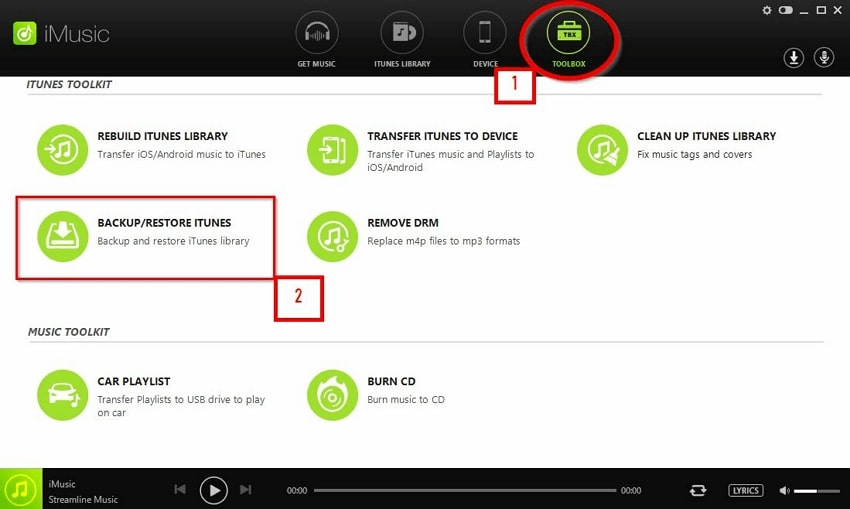 After the previous step, this window should appear (refer to the image below.) There are really only two options here — one for backing up and one for restoring.

Of course, for backing up our iTunes library, we’re going to be selecting the Backup option. 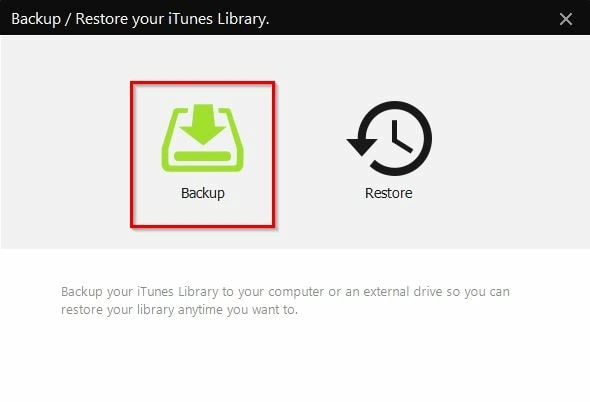 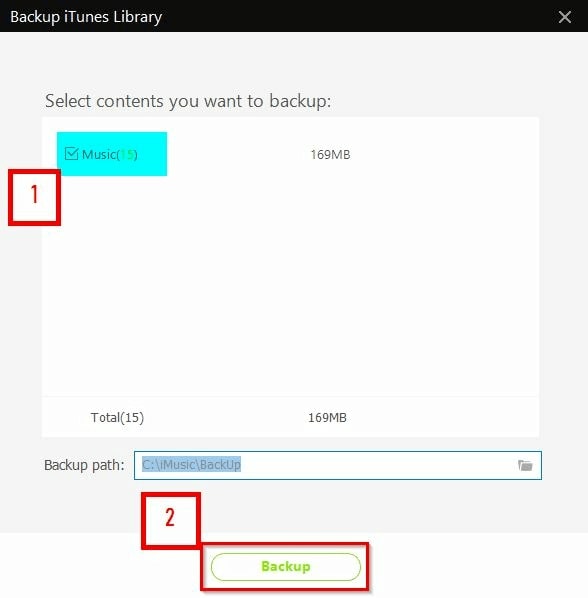 Much like with CopyTrans, the media will be backed-up on your iTunes default folder. Which you can find under This PC > Music > iTunes (shown below.) 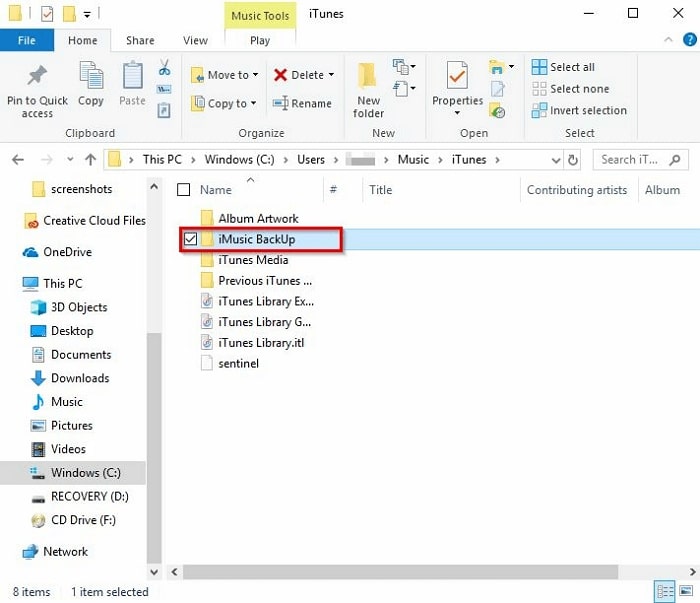 Part 3. Other 6 CopyTrans Manager Alternative for Your Reference

Now, we’re going to be finishing this up with another 6 CopyTrans Manager alternatives that you might want to keep in mind. These will be kind of a mix as far as options go — some will not be as advanced as iMusic, which has tons of different options and only offers the restore and backup features as an extra tool. However, all of them will allow you to back up your device or iTunes library no matter what — we’ll discuss the differences between the others in the description as well as other details you might want to know about when considering these programs.

For our first CopyTrans alternative, we have dr.fone. It’s very similar to iMusic (with just a couple of design and interface differences.) Their biggest difference is the fact that dr.fone exists in two versions – either you use the Android version or the iOS version (and yes, you will have to purchase both separately if you want the premium version of both programs.) That’s a pretty big con, but as you can see from the screen capture below, dr.fone is packed with all sorts of features. In fact, it has its backup option right up-front, making the entire process a lot more intuitive than the other programs below it on this list.

For number 2, we have Syncios. Again, it’s not exactly like iMusic (there are design and interface differences.) Much like with iMusic, however, the backup options are available under the Toolkit menu. It does work with both iOS and Android devices (you won’t have to download different versions like you would have had to do with dr.fone.) However, you’ll need to be careful because it won’t work for certain iOS and Android generations (especially the older ones.) 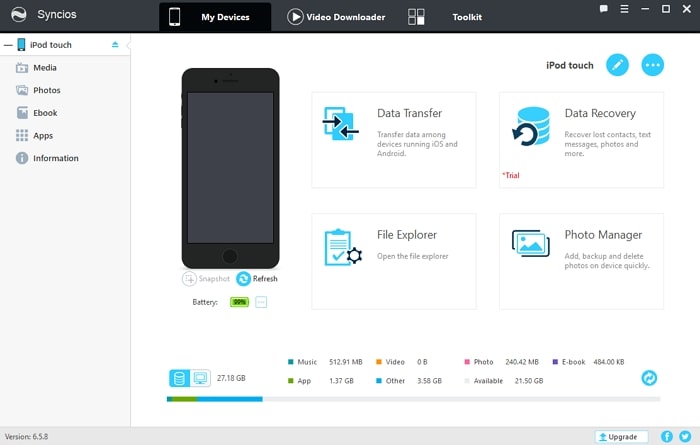 For our third CopyTrans alternative, we have iMyFone’s TunesMate. You’ll notice very quickly that the interface is actually similar to iMusic. However, it doesn’t have all the available features and tools that iMusic has. Fortunately, one of the available features is the Backup feature. Which will allow you to make sure that your music will always be backed-up somewhere you can retrieve it if anything happens. 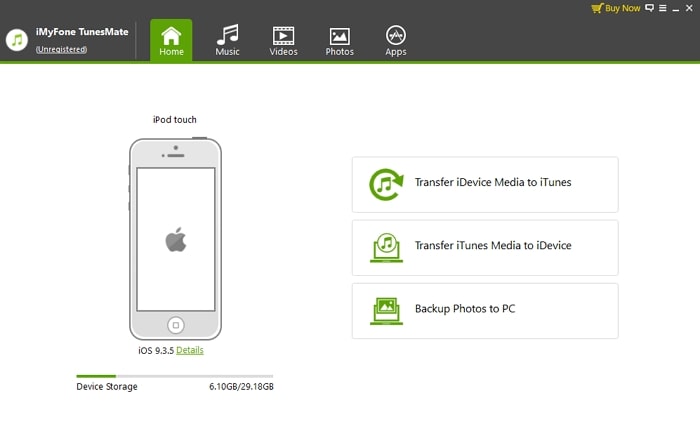 We’re nearing the end of our list but iCareFone is actually not any worse than our number three (we’d rate them about the same.) Of course, it is mainly used for syncing music between phone and iTunes. However, it does have a menu option just for “Backup and Restore.” Which is where you’ll need to go in order to make sure that your data is always available for restoration later (just in case there’s any data corruption.) 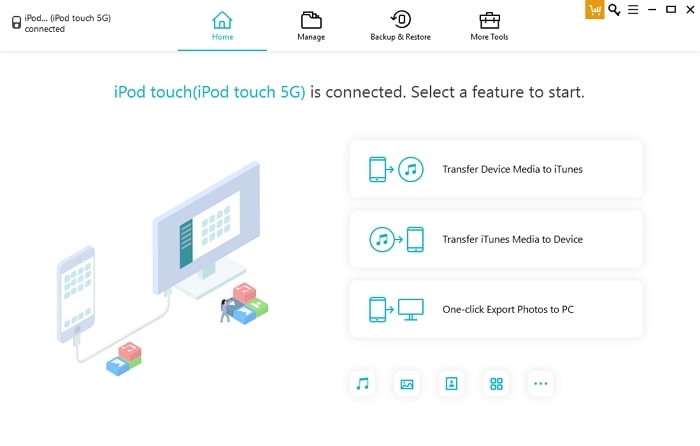 With our second-to-the-last CopyTrans alternative, we have iSkysoft. It’s pretty similar to the dr.fone’s Transfer interface. You do have a lot of similarities between the two because of it, but there are certain tools that dr.fone has that iTransfer doesn’t. What it does have, are options that will allow you to transfer, backup, and restore media between your phone and iTunes library (which is good for making sure that you always have a backup ready for your favorite music, your precious videos, etc.) 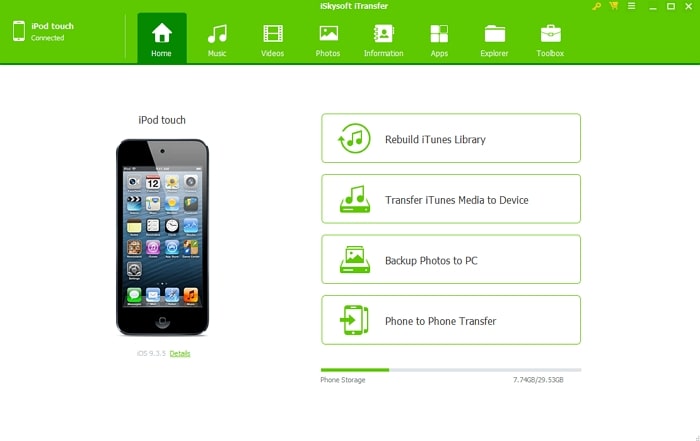 For this last recommended program, we have something that is completely different from the others. For one, MOBILedit is a FREE program. So, you won't have to pay in order to use it. For that feature alone, it could have definitely earned a higher spot on this list. However, because of the fact that it is an open-source program, you will have to deal with a lot of bugs and crashes — a common feature in most FREE programs. Outside of that though, you can still do a lot of the things you can do with the other alternatives that we mentioned. 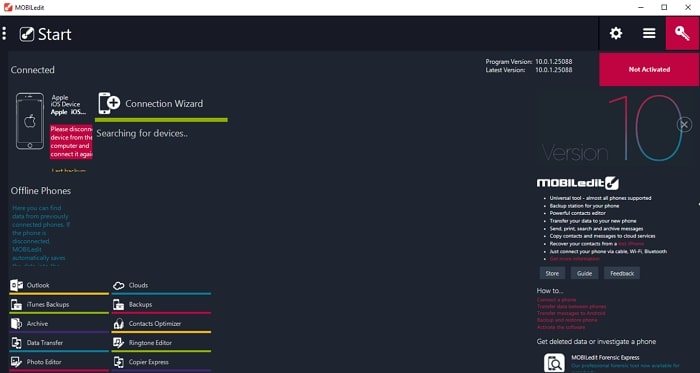 Conclusion: That’s it for our CopyTrans Manager review and its best alternative! There’s no denying that CopyTrans is a very effective way of making sure that your data is always safe and secure, but there are many other options available now that will allow you to do the same things (and then some.) For that, the one we’d most recommend is iMusic, which will allow you to save your music libraries as a backup file, and so much more! It’s a very intuitive program, and its FREE to try – just like CopyTrans. So, check it out and you’ll see just how convenient this program truly is.

How to Put a Song on iTunes with 4 Helpful Solutions