Top 10 Devices That Are Best for Apple Music

Below are top 10 Apple music devices that are believed to better support for streaming and playing Apple music.

Steve jobs as the owner and the co-founder of the Apple Company, revealed a new idea of Calligraphy in the world. In that debate, there will be a list of some Apple made devices that have earned fame owing to their integrated powerful features with them. As earlier in the talk, the operating system introduced in apple devices is similar to UNIX-like, but it has its own expertise with it. Devices with simple designs make them great for their look out for internal processing of different programs. Below are top 10 Apple music devices that are believed to better support for streaming and playing Apple music.

Part 1. Top 10 Devices that Are Best for Apple Music

The current operating system introduced in it iOS 5.0 and is still being used in the world. The highest operating system for that is iOS 9.0. For graphics and display, it has led backlight as well as fingerprint resistant. Different storage capacities it has like 8, 16, 32 and 64 GB for it. Whereas, the processor containing is 1 GHZ dual core. There are two caches in it L1 and L2. The first comprised of 64KB and another one of 1MB. For BUS frequency, it is 250MHZ (32 bit). Where the RAM concerns with then it consists of 512 MB. For Wi-Fi, it is 802.11 b/g/n and the SIM insertion option asks for micro SIM. There are only two colors, Black, and White, in which it is available in the market. Weight is 140g. The price may vary from country to country because of duties imposed on its price. 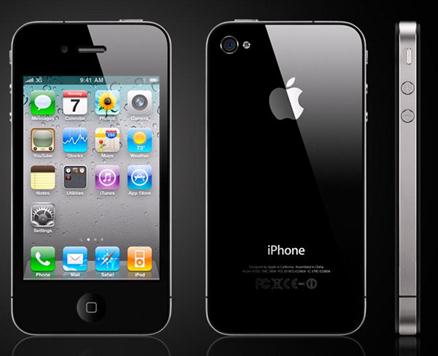 Now the iPhone 5 has some better features than its ancestors and can be used despite them in such a way that old one is obsolete or it doesn’t work as expected due to present requirements. So the operating system it contains is iOS 6.0 and it can also be updated with time as the current new supported operating system for that is iOS 9.0. The processor in that sleek designed mobile device is 1.3 GHZ dual core much better than 4S and also due to the technological difference it has an upper stage for itself. The available storage module is similar to 4S; 8, 16, 32 and 64 GB. Now the more difference is because of RAM, which is 1 GB DDR2 for that. Runs the programs smoothly than 4S. The prices again may vary from that, but are given based on their storage capacity. 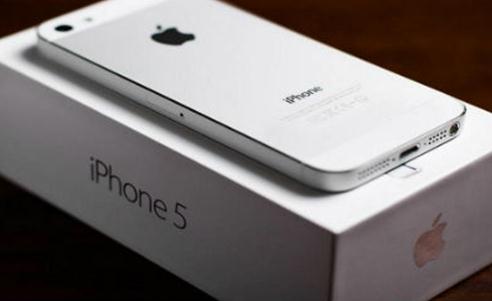 For iPhone 5C, it is also a good choice to have it in the pocket. Brings also the beautiful features with it. The operating system, introducing or initial OS is iOS 7.0 and can be updated from the store by some amount as per according to its terms and conditions. The processor in it is 1.3 GHZ dual core same like iPhone 5. Bluetooth that it contains is 4.0 which has the great transferability with high rate. RAM in this is 1 GB of DDR2. Comprised of 8 pin connector. Gain Wi-Fi of 802.11 b/g/n connectivity.

The storage capacity in which it is available is 8, 16 and 32 GB and not in 64 GB module. There’s a requirement of nano SIM to put in it. Provides great powerful features to the user and can be a good option for music apps.

1) The cost of these devices may vary and the available devices are, 305 USD 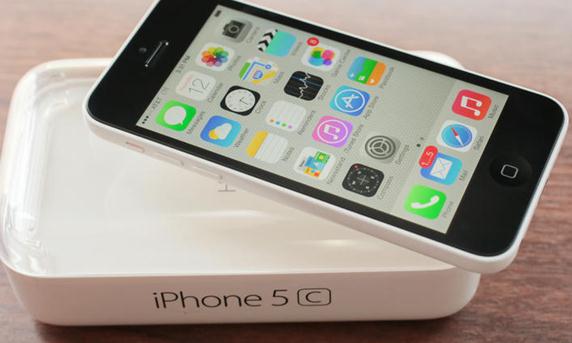 Now its turn to iPhone 5S and is well renowned because of its usage. The initiated operating system is iOS 7.0. It can also be updated from the store which is currently high in its version that is iOS 9.0. All the incoming iPhones can have that operating system. The processor is a dual-core of 1.3 GHZ and the RAM offered in this is 1 GB of DDR3 which is also a latest technology being offered in current devices. Containing 8 pin connector, Wi-Fi of connectivity 802.11 b/g/n.

Additional features may be are its LTE bands for currently offered networks. Where it comes to the camera, the back camera is for 8 MP and the front it has of 1.2 MP. The weight it has been 112 g.

There are three modules with respect to its storage memory which are 8, 16 and 32 GB. 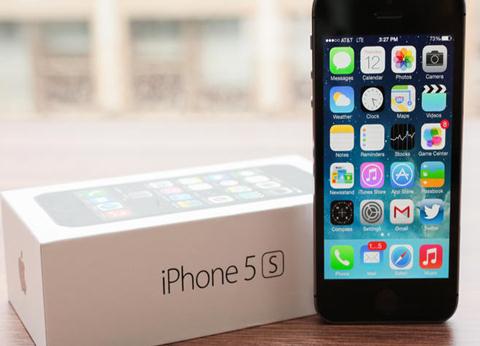 The iPhone now gets better-functioned features for it. Some specific, fascinating features are: in processor it has 1.4 GHZ dual core with three big and latest technology based caches that are L1, L2 and L2 which have 128 kB, 1 MB, and 4MB respectively. RAM again is about 1 GB with DDR3 technology, Wi-Fi of 802.11 b/g/n connectivity. Having the 4.7 inch of IPS display. Also has LTE bands for latest incoming networks.

The camera it has both front and back of 8 MP as well as 1.2 MP respectively. The storage memory it is for 16 GB and 64 GB devices, besides that its 128 GB model was suspended. The weight of this mobile device is 129 g.

Depending on the availability of its models, the costs are as follows, 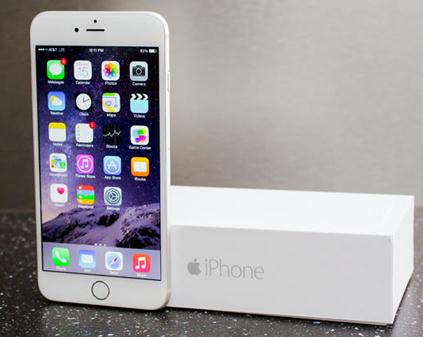 Similar to iPhone 6 it has almost the same features and functionalities, a difference based on its IPS display which is 5.5 inches. The processor 1.4 GHZ dual core, RAM of 1 GB with DDR3 technology, Wi-Fi connectivity of 802.11 b/g/n, the camera again is the same for the back and front is 8MP and 1.2 MP. Including the more effective processing of its built-in apps makes it magnificent.

Also, the operating system initially launched is iOS 8.0 and can be upgraded to iOS 9.0 for latest programming features. Caches are 128 KB for L1, 1 MB of L2 and 4 MB of L3. Means there is no much difference between iPhone 6 and 6 Plus. Also storage modules available in the market are 16 GB and 128 GB. 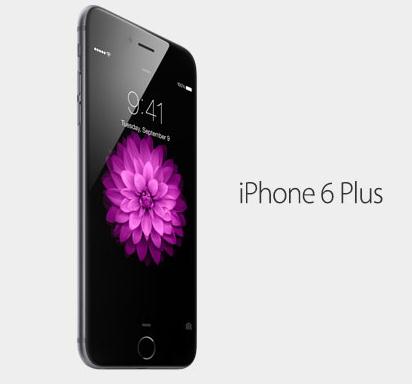 Also a better suited device for music apps for the users. The initial operating system introduced is iOS 4.1 and can be upgraded to its latest version of 6.1.6 iOS. Consisting on the processor of 800 MHZ with a multi-touch touchscreen. The available size of the screen is 3.5 inches. Also provides the Wi-Fi connectivity, the weight of 101 g and storage modules are 8 GB, 16 GB, 32 GB and 64 GB. 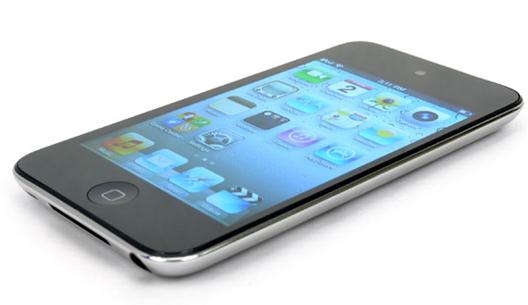 Latest than the 4th generation iPod contains the sleek design as well as containing the iOS 6.0 and upgradable to iOS 9.0. The storage memory modules are the 8, 16, 32 and 64 GB yet introduced. Also has Wi-Fi connectivity, 4.0 inches of a display having a front camera of 5 MP. The RAM, integrated for that is 512 MB of technology DDR2. 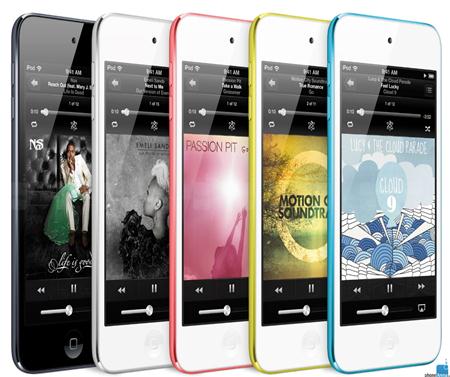 The operating system for that stunning device is iOS 6.0 and also upgradable with a BUS frequency of 32 bits. The processor of 1.4 GHZ dual core and DDR2 RAM of 1 GB. Contains the display of 9.7 inches for the users, Wi-Fi connectivity, 5 MP of the camera with it as well.

For the weight, it is about 652 g and consisting 4G bands with it. But it has no GSM services with it and can be used for music playing app in a better way everywhere. It is also available in a variety of modules with respect to its storage memory like 8, 16, 32 and 64 GB. But for now 16 GB model was only re-launched and is available at the stores. 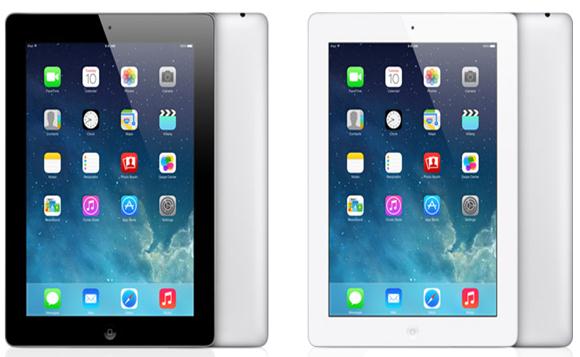 The last but differentiates itself because of its powerful features, elegant and sleek design. Providing the display of 7.9 inches with integrated operating system iOS 8.0 and can be updated from the store to iOS 9.0. Also, come with Wi-Fi connectivity, storage of 16, 32 and 64 GB different modules.

The processor launched for that is 1.3 GHZ dual core with 1 GB RAM of DDR3 technology based. The weight that contains is much less as compared to iPad Touch. 5 MP of the back camera and 1.2 MP of the front side. Comprising of 64 bit BUS frequency in it. 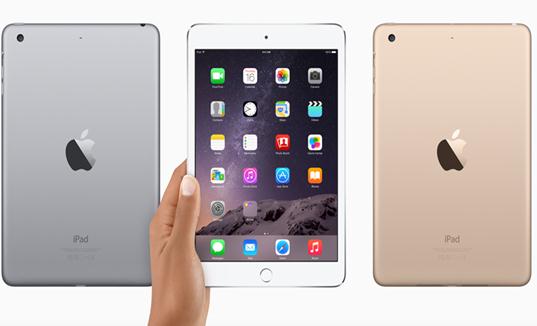 With iMusic, you will be able to record audio played on your Mac and Windows pc. This software recordsaudio without losing quality and saves recorded audio in mp3 and m4a format, which is widely used and supported by many kinds of portable devices . iMusic offers all the features you need to discover,download , record and even transfer music.

Steps to Record Music by iMusic

Here we will show you to use the record way to move download music to android.

Note: you can try the Record feature while playing songs in iTunes radio station, Spotify, BBC radio stations, and so on. It works perfectly.

How to Edit ID3 Tags Automatically