Though Mp4 is a popular format that is compatible with the majority of the players and devices, the format does not play on a number of Apple devices owing to incompatible codecs. It is necessary to convert MP4 to M4V if you want to play and watch MP4 videos on iPhone, iPad, iTunes, etc. since M4V is the default file format specially created for Apple products. To achieve the conversion from MP4 format to M4V on, you need to get a professional MP4 to M4V converter below.

Part 1. How to Convert MP4 to M4V Quickly on Mac/PC

Aimersoft Video Converter Ultimate is a versatile video converter that supports over 500 formats for video conversion. It can convert MP4 to M4V in lossless quality. To avoid any compatibility issues, the software also supports file conversion to pre-set device-specific format. Batch processing and super fast conversion speed make the conversion task hassle-free. Option for adding files directly from devices and then transferring the processed files to a number of devices is also there.

Run Aimersoft Video Converter Ultimate on your PC or the Mac system. Clicking on the +Add Files button on the Convert tab will allow you to browse and add MP4 videos from your computer. Multiple files for batch processing can be added here. There is also an option to add the files directly from your camcorder and other devices.

Bonus: The files added can be seen on the interface with its details and a thumbnail image. There are 3 video editing icons below it. You can click them to enter the video editor to customize your video before converting MP4 to M4V.

The supported output formats can be checked by opening drop-down options at Convert all files to: tab on the top-right corner. You can select M4V format from the Video supported list. There is also an option to choose the output file resolution. 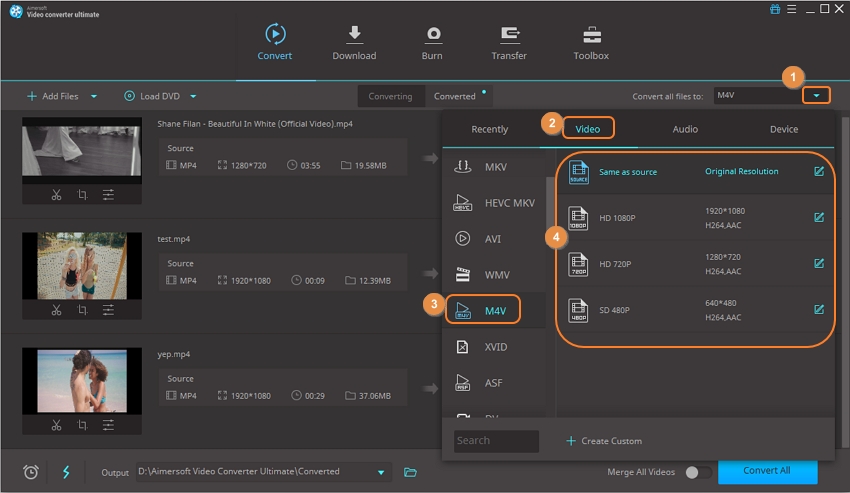 Alternatively, if you want to play your MP4 videos on a specific iOS device, you can select the same from the iOS list on the Device tab. The device options including iPhone, iPad, iPod, Apple TV. 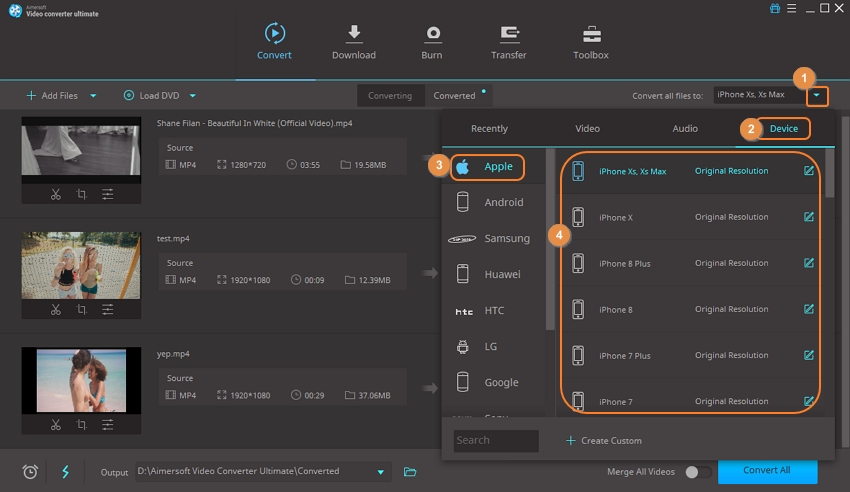 Click on the Convert All button to start converting MP4 video to M4V. The PC location where converted files are to be saved can be selected at the Output tab. On the software interface, you can manage the converted files from Converted tab.

01 Add M4V video to the software

Open the Aimersoft Video Converter Ultimate software and add the M4V videos to be played by clicking on the +Add Files button on the Convert tab. You can also drag and drop the file. The added video will appear on the software interface with details and a thumbnail image. Move your mouse over the image and then click on the Play icon.

A new pop-up Player window will open where your added M4V video is played. You can enlarge the video or take screenshot of the video by clicking the option below. 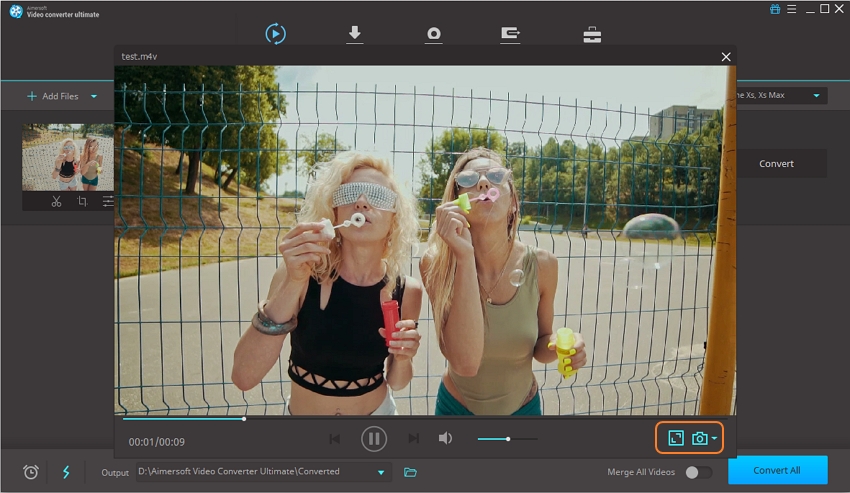 MP4 (MPEG-4 Part 14) is a multimedia format, which can not only store video and audio streams but also other data like subtitles and images. This format now is widely used in the online community since it provides a faster loading and higher quality.

M4V is a multimedia file format especially for Apple products like iPhone, iPad, iPod, iTunes, etc. This video format is also a MPEG-4 based format. However, it uses the AVC video compression. Generally, videos purchased from iTunes Store are protected by Apple's FairPlay DRM protection.

MP4 vs M4V: What's the difference between MP4 and M4V?

Though MP4 and M4V are both MPEG-4 files and are quite similar, there some differences between them:

1> MP4 was developed much earlier while M4V was later brought with the popularity of Apple products.

2> MP4 is more widely recognized and is a popular format for online video sharing while M4V is just for Apple's iPhone, iPad, iPod and iTunes.

3> MP4 is also DRM-free while some M4V files are often protected by Apple's FairPlay.

Fast Way to Convert CPI to MP4 without Quality Loss

How to Convert Streaming Video to MP4 with Original Quality