Want to convert WAV to MP4 quickly? Try the best MP4 converter below!

With the rise of MP4 files, the era of WAV is certainly inching towards a shark end. The sudden rise of MP4 is attributed to its nature of universally acknowledged format. Whether you turn to your PC, Apple or Android devices, MP4 is fully supported. In case you too have a WAV file and worrying how you can make use of it, then chill out. As, this article is dedicated to provide you with a great way to convert WAV file to MP4 in a lucid manner. Read on to understand how.

Best Way to Convert WAV to MP4 without Losing Quality

While there are hundreds of converters available over the internet, Aimersoft Video Converter Ultimate is what you should have. Whether you are a Mac user or Windows one, this handy tool stretches compatibility with almost all version of these renowned operating systems effortlessly. Moreover, use it in future course for it covers more than 500 file formats like WAV, MP4, 3GP, AVI, VRO etc. It is flared with the latest technology that renders users with the power of taking the embedded video metadata. Let’s unveil most sought after features of this powerful tool.

Convert WAV to MP4 in no time

Here is the comprehensive guide to understand how to convert WAV file to MP4 in just 3 simple steps.

Download Aimersoft Video Converter Ultimate on your Windows or Mac system. From the main interface, import desired file by using “+ Add Files” placed at the upper left corner. You can even use drag and drop functionality to serve the purpose. Batch conversion is supported.

Once the file successfully loads on the conversion board, head to the drop down menu besides “Convert all files to:” and opt for “MP4” as the output file format available under the “Video” tab. You can also select the “Same as source” option or customize the quality as per your needs by hitting on “Edit” icon besides the quality preset. 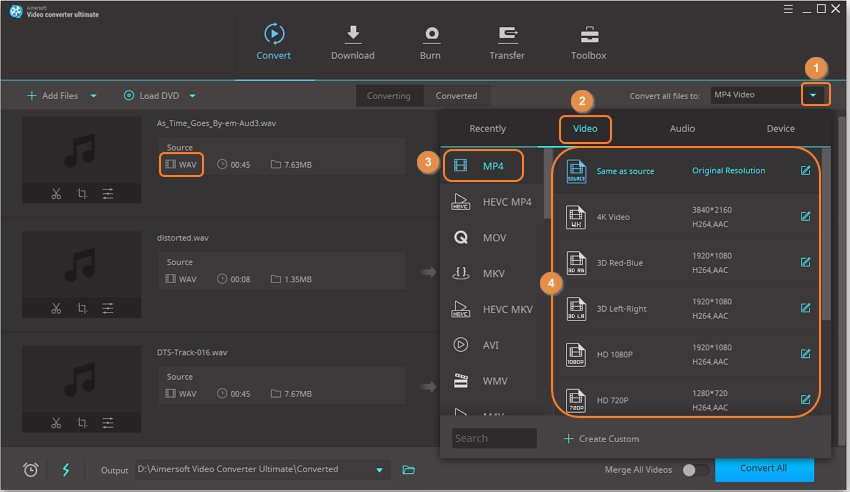 Simply, hit on the “Convert All” tab and there you go! In a blink of an eye, the process of WAV file to MP4 file conversion will be executed. You’ll notice that the converted file will appear under the “Converted” tab over the conversion board. 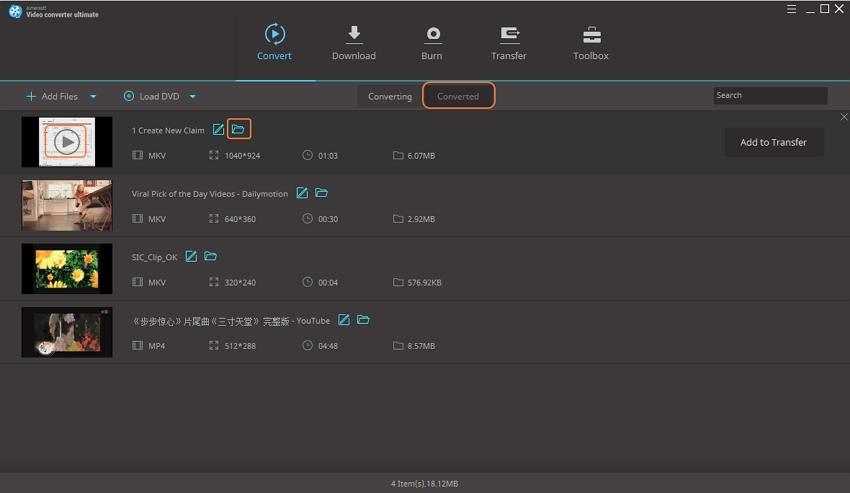 Q: When do you need to convert WAV to MP4?

The WAV file is Waveform Audio Format file that is known for the quality of video it has. However, this lossless format has certainly lost its essence in the wake of some file formats that has been emerging. As, newer models have become MP4 friendly. Which is why users are confronted to convert the WAV file to MP4. But that’s not all, there are several other scenarios wherein conversion is needed. Follow here:

How to Convert MP4 to M4R without Losing Quality

How to Convert/Download Twitch to MP4 Quickly

How to Convert Twitter to MP4 Online & Free with Steps