Top 10 TV Talk Shows That You Should Watch

This article will introduce you 10 most popular TV talk shows and the easy steps for downloading talk shows. Have a look! 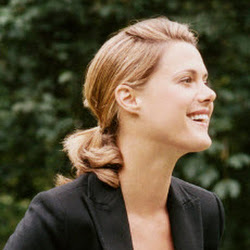 For most TV viewers, Talk Shows still remain one of the pillars of TV shows ever since the introduction of cable. Most viewers love watching other people talk about their life history before becoming popular figures in TV. The following is a short review of some of the top 10 TV Talk Shows. Have a look! And you can also find an easy way to save and download TV Talk Show in the second part.

First featured on 2003, this comedian talk show has won several awards, thanks to its host Ellen DeGeneres. Her show usually features all types of guests, both ordinary folks as well as big-time celebrities. Her sense of humor, presence and interview style saw her being accorded the title "Queen of Nice".

The Late Show with David Letterman

Launched on August 30, 1993, this is an American late-night talk show that is hosted by David Letterman on CBS. Thanks to its famous comedian and show host David Letterman. He has been hosting musical performances and interviewing guests during the one-hour weeknights comedy and talk show on CBS.

The Daily Show with Jon Stewart

Launched in 1999, the show is a late night satirical TV program that is featured from Monday to Thursday on Comedy Central as well as in Canada, on The Comedy Network. This half-hour show is hosted by Jon Stewart, and is mainly focused on national media and politics. Deriving its satire and comedy from current news stories, media organizations and political figure, it's currently the longest-running TV program on Comedy Central, having won a total of 18 Primetime Emmy Awards.

Developed on January 26, 2003 and hosted by Jimmy Kimmel, this hour-long night show broadcasted by ABC no longer airs live, contrary to its name. Rather, it is videotaped usually on the day of broadcast. However, following major events, such as the Academy Awards Ceremony, live airing is usually featured. It is also considered as the longest late-night talk show in the history of ABC.

Started in 1993, this late night show is hosted by the whimsical Conan O'Brien. The show mainly features recurring characters, comedy bits, musical and comedy performances which keep guests and audiences entertained, thanks to the comic ingenuity of Conan. The show is mainly broadcasted by NBC.

Late Night is an hour-long American late-night talk show hosted by Jimmy Fallon. Started on March 2, 2009, the show is normally aired on weeknights by NBC. The show mainly features comedy and celebrity interview, with guests consisting of actors, musicians, and political figures and media personalities. The use digital media into its comedy has been a major success to the show, which saw it gain two Emmy Award nominations.

This American based satirical late night TV show usually airs from Monday to Thursday on the Comedy Central. Mainly focused on media and politics, the show is hosted by a political humorist, Stephen Colbert. It satirizes conventional personality-driven political intellect programs, specifically Fox News' The O'Reilly Factor. It has been a major success since it has been nominated for a total of seven Primetime Emmy Awards, right from 2006 all through to 2012. Also featured are two Satellite Awards and two Television Critics Association Awards, with other two Emmys won in 2013.

The Tonight Show with Johnny Carson

This is a TV talk show that is hosted by Johnny Carson. Formally broadcasted during late-night, the show was mainly based in New York in its first decade. Some of its episodes were mainly recorded at NBC's West Coast studios, with the show permanently moving to Burbank in 1972.

Often known as Oprah, this nationally broadcasted American syndicated talk show is hosted by Oprah Winfrey. Launched in 1986 it remains the Top-most ranking talk show in the history of American television. The show is mainly geared toward teaching, inspiring and providing the audience with a positive experience. This is mainly achieved through compelling interviews, personal-improvement segments as well as philanthropic forays in world events. The show has garnered a total of 47 Daytime Emmy Awards from its commencement till the year 2000.

Hosted by political satirist and comedian Bill Maher, this talk show is aired on a weekly basis on HBO. The one hour-show features a panel of guests discussing on the current events in media and politics. Professionals such as professors, politicians and experts are usually featured in the panel, with fewer celebrities and actors included in it.

In case you are searching for some recommendations regarding talk shows and TV programs, then the above mentioned TV talk shows will certainly suffice your needs. These shows can be watched either straight from your television or they can be streamed and downloaded online from various video sites. Among the best downloaders to accomplish this is iTube HD Video Downloader.

Step 1.Search the talk show you want to download

Firstly, launch the program and open the web browser to visit the video site you prefer. Find the episode that you want to download and then play it. Windows version also allows users to go to the sites via the built-in web browser.

The program will automatically detect a video once selected and a Download button will appear on the top right corner of the video play window. Click on the button and choose a desired resolution to start downloading. 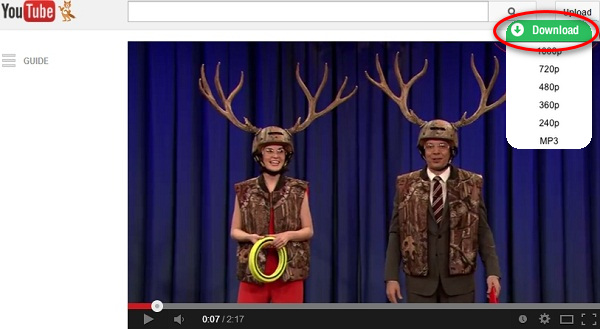 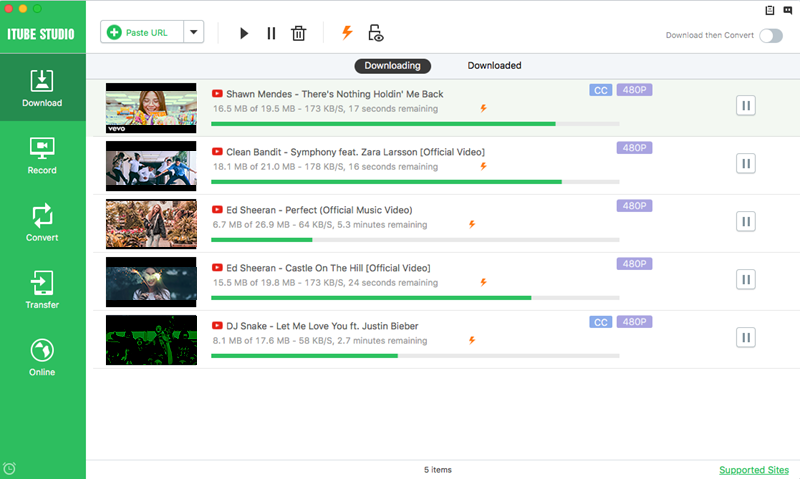 Step 3.Convert the video to other format

All the completed video downloads can be located under the Finished tab. Find the video that you want to convert and then click the Convert button next to it. In the pop-up window, you are free to choose any video and audio format you like.

YouTube Not Working on Firefox - Common Problems and Solutions

YouTube Not Working On Mac (Mojave included) Problems and Solutions

YouTube Not Working on Samsung Smart TV Problems and Solutions

Play YouTube Videos in Background on Android without Internet Connection