How to Convert MTS, M2TS to MP4 in Windows/Mac

Camcorder has become a part of our life. It's quite possible that you've shoot some MTS (M2TS) files with your Sony, Canon, Panasonic or other brands of camcorders. However, most video editors, video sharing sites or MP4 players like iPod iPhone PSP Zune iPad, etc. do not support M2TS files. Therefore, many people want to convert MTS to MP4 so that they can play MTS/M2TS files anywhere they like and even on portable media players. Well, this article will show you several ways to convert MTS/M2TS to MP4 on Windows, Mac or online.

Part 1. How to Convert MTS to MP4 in a Hassle-free Way

To convert MTS or M2TS files to MP4, a video converter is needed. Here Aimersoft Video Converter Ultimate is highly recommended to convert MTS files to MP4 while keeping the high video quality. Besides, it can also convert MTS, M2TS to MOV, AVI, VOB, 3GP, FLV, M4V, MKV, etc. to play and share anywhere. With its updated technology, it converts videos at 90X faster speed. With seconds you can get the converted results. Let's see more features of it below.

Install and run Aimersoft Video Converter Ultimate on your computer. Connect your camcorder to computer. Click the drop-down option beside Add Files and choose Add from Camcorder. In this way you can add the MTS files directly from the device. 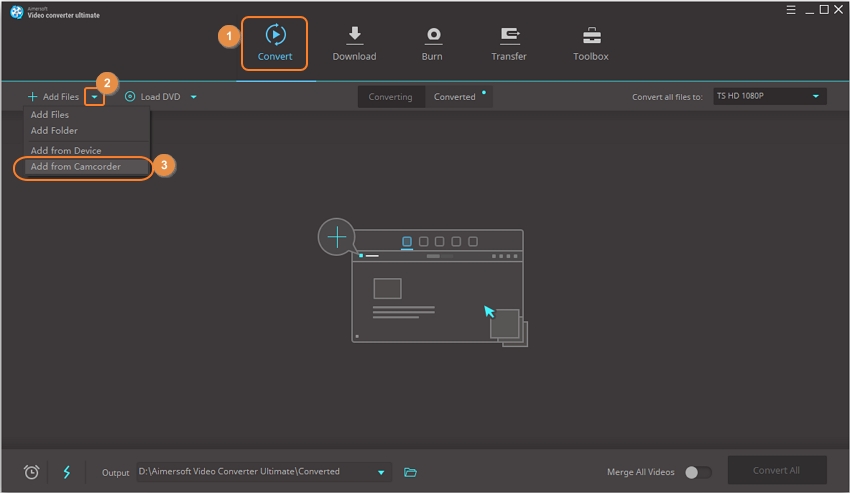 Tips: Video edit function such as trimming, clipping, adding effect, etc. is available and optional in Video Converter, so that you can make personalized video clips. Click the 3 editing icons below each video thumbnail to enter the editing window.

02 Select MP4 as the output format 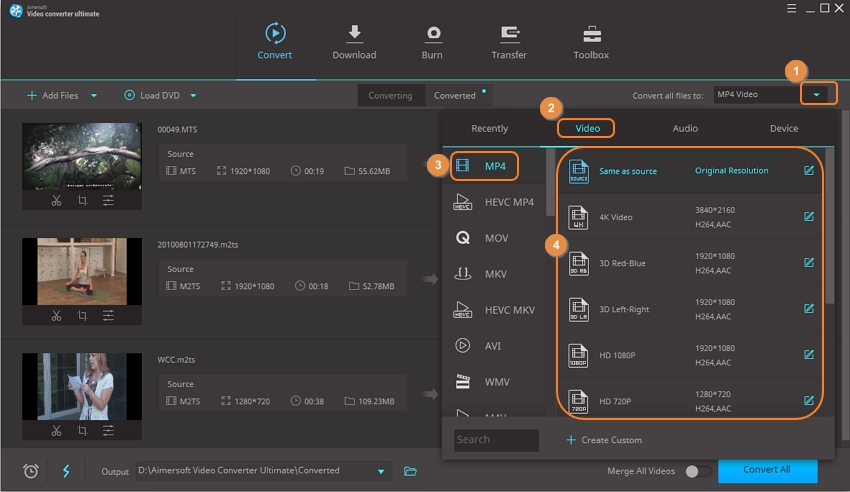 OK, now we come to the last step: click the big Convert All button to begin the conversion. There will be a progress bar showing you how much of the conversion is completed. After the conversion, click the Folder icon or the Converted to find the new MP4 files and then you can enjoy them anywhere you like. 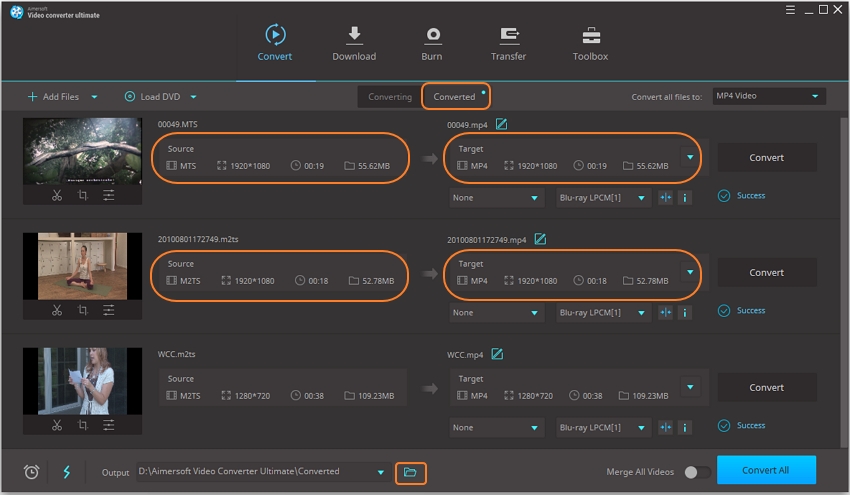 Free download Aimersoft Video Converter Ultimate on your Mac or Windows PC to convert MTS, M2TS to MP4 or other any formats. With its incredible features, you are gonna love it!

Part 2. How to Convert MTS to MP4 Online

If you want to convert MTS to MP4 online, then Online UniConverter is the most considerable option. Loaded with good chunk of features, it has the ability to speedily get the files converted. Many popular video and audio formats are supported via this online tool. Depending upon the internet speed, this tool will be apt when you have to convert 1 or 2 small files.

Online Convert is on the next that we would like to offer for easy MTS to MP4 conversion online. Being one of the most common online conversion platforms, it supports almost all kinds of file formats be it input or output. Not just only conversion, it offers various settings too before downloading the converted files. This implies, you need not to settle with the ordinary quality, you can simply adjust the settings.

The third way that you can opt for converting MTS to MP4 is onlineconverter.com. With this, you can import files either using URL or from local storage.

We will be recommending FFMPEG here as the MTS to MP4 converter free. This advanced tool is able to help you converting the needed files using the commands. Hence, while using this tool, one must know about the commands and carefully key in the needed essentials. Here is how you can convert MTS to MP4 free. Please do carefully follow the guide.

Step 1: Firstly get the FFMPEG downloaded and installed on your computer. Press the Windows + X keys to open command prompt/powershell. Once the menu appears, choose the Command Prompt/Powershell option.

Note: Get the movie.mts replaced with the file’s location address on your computer. In addition, when you wish to customize the output name of the file, please make sure to replace output.mp4 with the desired name like abc.mp4 on the command mentioned above.

Step 3: When the command works, the tool will begin to convert your MTS to MP4. Get the file from the target folder lastly. 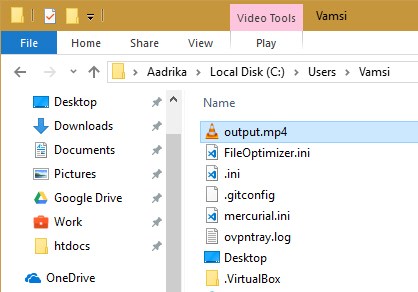 It is very important to note the differences between two video file formats when converting MTS to MP4. MTS maybe a lesser known video file system but it is also as widely used around the world. The differences and similarities of MTS vs MP4 are listed below.

MTS is also known as AVCHD. It is the format used by both Panasonic and Sony for their high definition camcorders. MTS is based on the MPEG-2 format that supports a transport stream in the 720p and 1080i resolution. MTS files can be played and edited using the native programs embedded in the camcorder's system. There are also other applications and software compatible for Windows, Apple, and Mac that can open MTS files. Good examples are the Microsoft Windows Media Player, Roxio Toast II, and the VideoLAN VLC Media Player.

MP4 is a video file also based on the MPEG media format. However, MP4 offers no limits on the codecs, bit rates, frames per second, and other common video settings. This video format is a container file that can encapsulate videos, audios, and subtitles into one high quality video file. MP4 is more common and widely used than MTS.

MTS is based on the MPEG-2 format while MP4 is MPEG-4. Being said that, both have the capacity to produce the same quality of video files given a set of settings. However, using the base settings for these two files, it is easy to see that the MTS file format can capture more details and store more information than MP4. That is the reason why MTS produces a file much larger than the latter. MP4 can produce the same results, although tweaking is necessary to make it at par. However, MP4 is more compatible with a lot of video editing software than MTS.

How to Convert ARF to MP4 on Mac or PC Efficiently

Fast Way to Convert CPI to MP4 without Quality Loss

How to Convert and Play MP4 on iPad Air/Pro/Mini

How to Play MP4 Files with Free MP4 Player

> Resources > Convert MP4 > How to Convert MTS, M2TS to MP4 in Windows/Mac